What is the Role of Social Media in Public Relations? 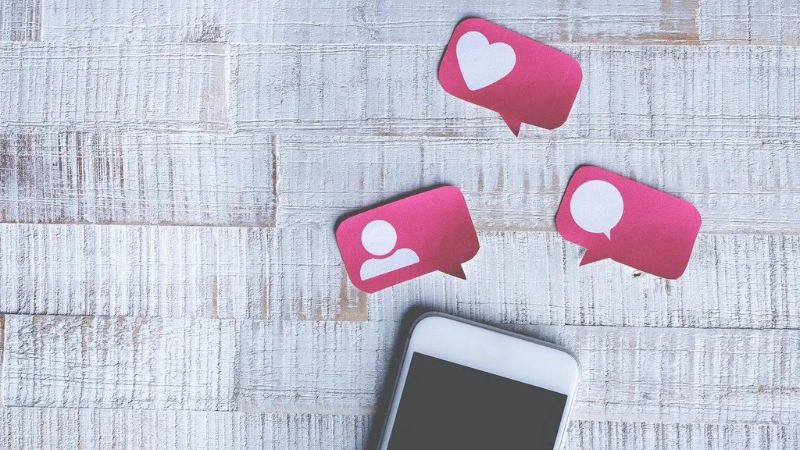 Social media may now feel like just another element of our daily lives, but it was not so long ago that the concept itself was completely novel.

Even more interesting: the idea of using social media as a marketing channel for public-facing brands is even younger.

But now, the idea is completely ubiquitous, and if we go looking for a business online and can’t find anything, it’s both disappointing and surprising.

So if we ask ourselves, ‘what is the role of social media in public relations?’ it’s easy to say that social media is almost essential for modern-day PR.

But the reality of the situation is a bit more nuanced than that, and we’re going to be talking all about it in this article.

What can social media do for your campaign?

Let’s get started by talking about the benefits of using social media as one leg of a larger public relations campaign.

Understanding these benefits is very important, and you’ll need to explain these benefits to potential clients, especially if they’re hesitant to extend their online branding efforts.

When a client has a social media presence,  every view of that presence also represents a slight increase in overall brand awareness.

As that social media account becomes more popular, more people will be exposed to the client’s name and logo.

Familiarity with a brand is generally a net positive. You want people to, at the absolute minimum, be aware that a brand exists.

Communicating other aspects of a brand is another step entirely, and we’ll be talking about that next, but we can’t overstate the value of getting a brand in front of more eyes.

Of course, the gold standard of increasing brand awareness through social media is viral content, which has become its own marketing concept.

There are now professionals dedicated to creating commissioned viral content for brands in the hopes of having that content promoted by any number of online algorithms.

This doesn’t always work, since there’s no telling which content will catch fire next, but you can be sure that what brands are hoping for with these efforts is making themselves more well-known and getting people curious to learn more about what they do.

Key messages represent a very important PR concept, and in fact, we published an article on the subject previously.

To give a shortened version here, key messages represent very simple and straightforward ideas that a brand wants to communicate to its target audience with a PR campaign.

As you might have already guessed, social media content can do this work quite effectively, at least in certain situations.

If a company has a primary key message along the lines of, ‘We make the most comfortable shoes ever,’ social media profiles could hammer this message home over a period of months or years.

They could publish comedy videos about just how comfortable their shoes are. They could post customer testimonials saying these are the most comfortable shoes ever. They could even try to manufacture their own memes (though this technique is a lot riskier since audiences can turn on what they feel are hamfisted efforts to join the zeitgeist).

Even with a more reserved approach to social media content, a brand can very effectively communicate ideas simply by utilizing each platform on a regular basis.

Engage with your target audience

Unlike print ads or TV commercials, social media marketing isn’t only one-way. Instead of releasing branded content and wondering whether anyone engaged with it, social media posts offer the opportunity to receive feedback on everything.

It also gives brands the chance to communicate directly with specific members of their target audience.

You can answer individual questions about products or services, and you can also use social media to handle the fallout after a product recall or other unfortunate event.

Twenty years ago, this kind of interaction was only possible through phone lines, but now it’s easier, and cheaper, to pull off effectively.

Social media marketing can be quite inexpensive to execute, especially if it’s done in-house by a PR agency.

Social media services can potentially be folded into overall campaign costs. At most, a PR agency could hire a social media specialist to tailor their online content to fit the needs of the client, but even that can cost a lot less than traditional advertising routes like TV spots.

For small-scale PR agencies and local businesses in particular, social media marketing can be one of the most powerful PR tools available.

It’s possible to set up accounts for no money at all, and it’s also possible to gain a huge number of followers simply by posting quality content.

As flashy as social media marketing efforts can be to many brands and PR professionals alike, there are indeed times when social media doesn’t represent a useful option for a campaign.

Situations like these can be disappointing, of course, not the least because, as we discussed earlier, social media marketing is one of the lowest-cost ways to execute a campaign strategy.

Missing out on all the benefits of full-scale social media marketing can seem like a huge disadvantage.

But there are simply times when, based on your client and their key messages, social media just wouldn’t be the best way to go.

For example, if you know that your target audience doesn’t tend to use social media very much at all, then broad social media marketing efforts are almost guaranteed to miss the mark.

In almost all cases, social media marketing is best suited for younger demographics, and for members of the general public as opposed to professionals interested in internal industry affairs.

A company that rents heavy machinery to contractors and construction companies probably should not focus on sharing memes and joining Twitter conversations.

While this would still increase brand awareness to some degree, the chances of reaching their intended audience would be relatively low.