THIS is How You Become A Famous Music Producer 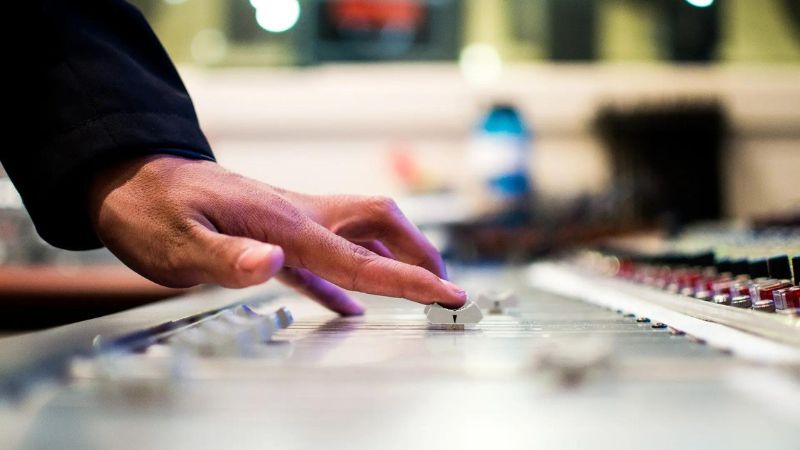 The road to becoming a renowned producer may be tough, but it's possible

So, you want to become a famous music producer?

Being a music producer is one of the most sought-after jobs in the music industry.

Producers are often responsible for much of the music-making process, and for those producers who can rise the ranks of the music industry, the rewards are significant.

We put together this guide to help you understand what it takes to first become a successful music producer (a significant task in its own right), then convert that success into fame.

If you haven't already, it may behoove you to read over our guide to promoting your music online before you read this article.

Now – here's our guide to establishing production as a profession...

Promote yourself and get your story told

If you want to become a famous music producer, it's not enough to just be successful and talented.

To be a famous music producer, you're going to need to do something that most musicians tend to avoid – promote yourself.

We get it, for most creatives, the thought of singing your own praises is totally anathema.

To make life easier for yourself, don't be afraid to seek help with the promotional stuff!

Promo Panda is just one example of many different services at your disposal as a musician in the 2020's. These services make it easy to get noticed for your work as a music producer.

A quick sidebar: fame is separate from success

Before we continue, it's worth addressing this important point:

Being recognizable to many people (i.e. being famous) is just that – being recognized as a music producer.

Not being recognizable DOES NOT mean you're not successful.

There are many, many successful music producers who don't appear much in the headlines at all.

On the other hand – walking around with people pointing at you while whispering "that's [insert your name here]!" isn't going to help you if you're flat broke on account of some bad habits.

Look no further than platinum-selling producer Scott Storch for an example.

While Storch's records sold millions, for a period of about a decade, he was flat broke. Despite having tons of recognition, he didnt have much of a career and his professional brand suffered greatly.

The good news is that, at least in the case of Storch, his career is on the mend:

What this tells us is that fameand success are two independent things.

With that said, however, if you're still here reading this article, chances are you're after both.

Assuming you can keep your cool and budget yourself correctly, it's time to start developing your brand and legacy so that people around the world recognize you in exactly the ways you want to be recognized.

To be a successful music producer, you must be able to put together an amazing audio recording.

It’s not enough for you to have a computer with quality equipment, you have to know what to do with it.

A computer that can hold up to several hours of music at a time is one of the most important things a producer can have.

A lot of this stuff may sound obvious, but we thought we'd cover it just in case you're at square one on your music production journey.

For those of you with more experience, don't worry, we'll cover stuff that's relevant to you shortly.

Make lots and lots of music

This too may sound obvious, but hear us out: it might actually be one of the most underrated tips to becoming a famous producer.

Creating great remixes, producing different genres of music, playing an instrument, and even composing soundtracks are a few of the ways you can begin building your income and becoming a successful producer in your own right.

One of the biggest things holding back would-be successful and famous producers is that they simply don't output enough material .

Once you start getting consistent paid projects and gigs, don't rest on your laurels.

It's important to keep making more and more music, honing your craft with every track and song you create.

It's never too early to start getting your story told in online media.

If you're serious about becoming a famous music producer, consider creating a profile on Promo Panda and start getting interviewed and covered by music blogs all over the world.

Here's the reality: by the time big venues, managmenet companies, and talent agencies are considering taking you on as a producer, they're going to do research on you to see what you're all about.

This means they'll proably run your name on Google and see what results they get.

They'll want to know simple things about you: do you have a criminal record? Any detrimental habits  they need to be aware of?

The fact is, professionals in the industry don't want to work with people they percieve to be "difficult to work with."

Yeah, there are exceptions to this (*cough cough* SIX–NINE *cough cough*) but don't think for a second that you're one of them.

The far better move is to present yourself professionally, and to do this, you'll want to make sure you're being written about in online media.

Make it easy for professionals in your industry to see you as the SAFE choice when it comes to championing you and giving you opporutnities to upgrade your career.

Do your research and set goals for yourself

You have to have serious knowledge and dedication to build a music production career from nothing and break into the top ranks.

That’s why it's imperative to do some research to make sure your goals are achievable.

A lot of people have the desire to become a music producer, but do not know where to start.

As a result, they tend to waste time figuring out exactly what genre they want to start out with, or what aspect of music production they want to build a career in.

If your interests are in engineering, don't spend time composing.

On the flip side of that, if you're more interested in writing lyrics and melody, don't waste too much time learning how to use a DAW (digital audio workstation).

Sure, it can be helpful to know the basics, but as a pro, by the time you have legit projects to work on, you'll have assistants and other professionals who can do the technical stuff for you.

Start from the bottom (so you can get to the top)

No matter how talented a producer you are, you'll need to start from the bottom and work your way up.

Unlike artists, it's very, VERY rare for producers to become household names overnight.

Even IF they have their names on huge hit songs, it's not very often that producers become instant sensations.

The job of a producer is simply more hidden than that of an artist, and as a result, it will absolutely take time to build your name, clout, and respect within the industry and beyond.

Always be finding sources of inspiration to keep grinding

After you have made your first few tracks, you should consider your ultimate goal – to become a famous music producer who is considered just as much a part of the songs you create as the artists who feature in them are.

Having consistent sources of inspiration will lead to you making your tracks better and better because you'll be spending so much time on your craft!

Here are a few ideas to motivate yourself:

Finding great sources of inspiration will help you make the best of your equipment and knowledge.

Mae West said, “Sometimes a woman needs to be knocked down right before she can stand up and walk.”

Be kind to yourself and practice your craft. Learn to take criticism.

You will be able to make a lot of mistakes in the beginning but, over time, you will get better. Listen to advice from other people.

Be thankful for the jobs you are given and for your health and well-being.

Keep track of the jobs you are given and the jobs you’ve been able to fill. Be thankful for everything the music industry gives you.

If you take care of the people who take care of you, it will only be a matter of time before word of your easy-to-work-with nature spreads.

In an industry as focused on personality as the music industry, this will inevitably lead to fame and long-term success.

Don't neglect the non-music aspects of being a producer

If you want to make a living as a music producer, you have to work hard.

There’s a huge amount of grunt work involved in music production and it’s not all about being an amazing musician.

You have to learn how to make a good demo, work with occasionally fussy artists, find new collaborations, take care of your clients, and work hard.

It will be a long road to success but, if you follow the tips from this article, you can get there.

This article only scratches the surface of the many things you need to know in order to become a successful music producer.