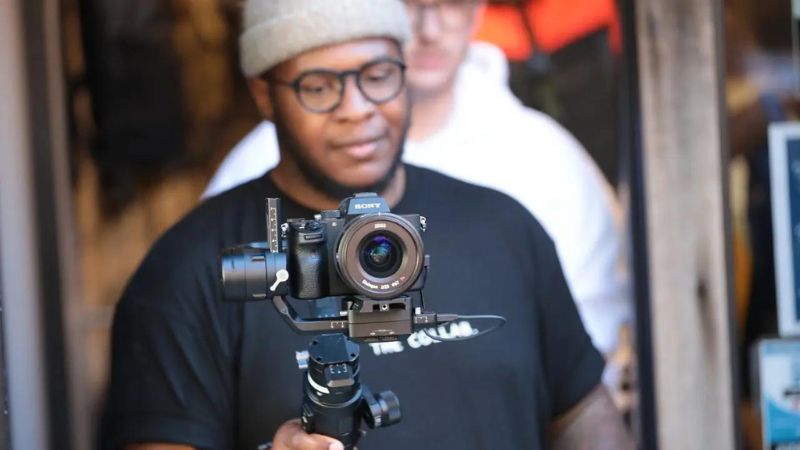 If you’ve already finished a short film, whether by yourself or with some friends, we have some good news for you and we have some bad news.

The good news is that most of the hard work is already done. Filmmaking itself can be incredibly challenging, even for professionals who have been doing it for decades.

The fact that you’ve managed to get a short film written, shot, and edited is a feat all on its own.

Another piece of good news is that putting your short film on YouTube is going to be easy as pie. You can create an account in no time if you don’t already have one, and the upload process is very easy to work your way through.

But here’s the bad news: making sure that lots of different people and maybe even film critics see your short on YouTube is a significant challenge in itself.

This article will talk about how to promote a short film on YouTube, both in the early days after posting and in the long-term as well.

Let’s not forget that several big-name filmmakers like David F. Sandberg got their start simply by posting high-quality short films on their YouTube channels.

Getting big by making shorts for the internet isn’t a pipe dream anymore, it’s a very real option, especially for those who aren’t already working in Hollywood in some capacity.

Be sure it’s ready to go

This tip may seem a bit self-explanatory, but long before you actually post your short film on YouTube, you should make absolutely sure that it’s exactly the short film you want to share.

There’s definitely a certain amount of value in making something quickly and sharing it with others just as quickly, but if this specific project is something that you’ll want to promote now and for years to come, then you need to be proud of it.

You might decide that you need to reshoot a few scenes, and while the process of reshooting and editing the new footage into the short can be demanding and frustrating, it will be worth it in the end to fully execute your creative vision.

Find some close friends or family members who feel comfortable giving honest feedback on your work and ask them what they think.

You might decide to include some of their suggestions, and keeping an open mind to new ideas is always a good thing.

Sure, all of the mainline directors you’re already familiar with probably never had to worry about putting a thumbnail on their work, but if you want your video to perform well on YouTube, then you definitely need to get it right.

You can find lots of more specific tips for creating a great thumbnail on other websites, but we have some general rules you should try to stick to.

Don’t use a font that’s going to be hard to read when it’s made smaller. This will keep the title of your short film clear for new viewers, and you might even want to designate that it is indeed a new short film that’s worth checking out.

Also, whatever imagery you use for the thumbnail should be high-resolution. Yes, the image will be shrunk down by YouTube, but if you start with a high-res image, then you can be sure that the thumbnail will look great at any size.

In terms of the colors you use, try to stick to the palette that you used in the short film itself. Outside of that, yellow has been a standby for years and years as a cheap and easy way to attract attention.

It’s really important to make your video as possible, which we’ll talk about more in a little bit, but for now, just focus on posting at a time when lots of people will be scanning YouTube.

Let’s say that you live here in the U.S. and you want to get lots of views right away. Posting the video at night or early in the morning will not be good options. Most people will either be asleep or at work, unable to watch videos.

You also need to account for how long it will take to upload the video to the site. Depending on the length and your internet connection, it could take hours.

Some of the busiest times on YouTube are during the lunch hour and after work hours. If you schedule your video to be posted during one of these times, it will have a better chance of getting initial views.

If you don’t already know, the first 48 hours of any YouTube video are extremely important in terms of performance.

Based on how many views, comments, likes, and dislikes that a video gets within that initial timespan, YouTube’s algorithms will make decisions about whether or not it’s worth it to recommend that video to other viewers who aren’t already familiar with your work.

If your video only gets a small handful of views during those first 48 hours (or worse, no views at all), then it’s more likely that your video will be buried for all of time under the enormous mountain of content that YouTube already has.

Now, we definitely won’t recommend that you should just keep refreshing your video page to inflate your views. In fact, if YouTube sees that a lot of views are coming from the account holder of that video and from the same IP address, the site probably won’t even count those views at all.

A much better idea would be to talk a lot about how you just posted the video, whether on social media profiles or just by texting and calling your friends and family, asking them to check it out.

In an ideal situation, the video will only grow from there, getting more and more views each day.