The Lone Filmmaker: How to Make a Short Film On Your Own 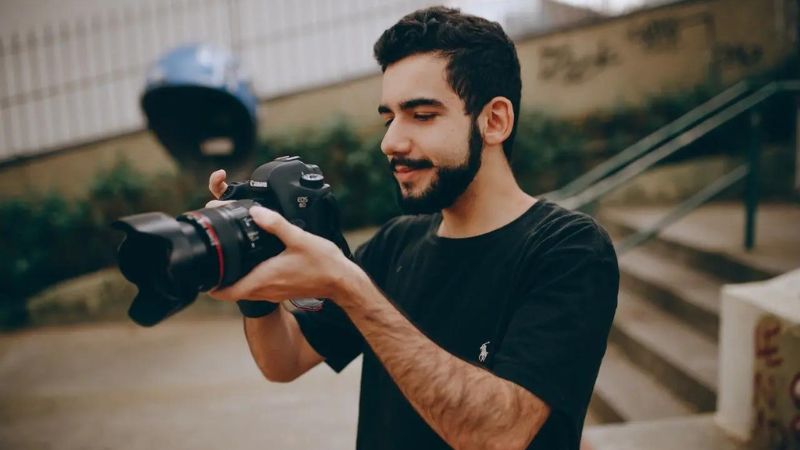 We’re here to talk about how to make a short film on your own, and for as crazy as the idea might seem, it’s actually something that’s been done many times before.

Thankfully, modern technology means that it will be much easier to shoot, perform in, and edit your short film all by yourself than it might have been about 30 years ago.

Even though the quality of the short film itself should always be your main focus, finishing one by yourself will also give you some bragging rights if you decide to take the short to a film festival or just share it around among your friends and family.

As you’re about to learn once you embark on this process, it takes a whole lot to make any kind of film, but if you have the drive to make something and you’re willing to really put the work in, then you won’t just finish it– you might even make something great.

Nail down a simple concept

Deciding on the core concept for a short film is always important, of course, but it’s going to be especially important here.

For example, if you want to create an elaborate sci-fi landscape, that’s going to make your work much more difficult.

Or, if you want to have more than one character on screen at a time, it just won’t be possible at all.

We’ll talk later about performing on screen and how you can get around that, but for now, try to narrow down several different ideas that you think you might be able to execute.

For one-person short films, it’s generally a good idea to stick to an environment that’s very similar to the one you’re used to, especially when it comes to filming locations.

Ask yourself where you could record footage without getting in trouble. Maybe most of the short will need to take place inside your apartment and maybe you’d like to shoot a few scenes on the street outside your home.

Maybe there’s a public park where you could sneak a few shots, perhaps even crowd shots, since recording adults in public places often means you don’t need to worry about getting each person to sign a release form.

To act or not to act

Now we need to talk about whether or not you should try to act in your own short film.

This is a really tricky question to answer because on the one hand, being on camera in a lot of shots means that you won’t be able to closely monitor the focus of the camera or the sound you’re recording, if you decide to record any at all.

First, ask yourself this question: does your core idea for this short film require an onscreen character? Next: are you the right person to play that character?

While there’s definitely something to be said for trying your best even if you don’t have all the necessary skills, there’s also value in knowing how exactly your short should be executed.

To help decide, sit down in front of the camera and practice a bit. Give yourself some lines to read or just improvise for a few minutes at a time.

Then, rather than going back and watching all the footage right away, give it some time to sit. The idea here is that when you do go back and watch what you’ve recorded either a few days later or several weeks later, you’ll be able to view your performances like you’re watching a completely different person.

This way, you’ll be able to better understand whether or not you’re a good fit for the role and whether you should rethink that original concept for the short.

Don’t be afraid to use narration

Very quickly we’d like to talk about one solid alternative to having yourself, or any other performers, on screen during the short.

Narration, also referred to as voiceover or VO, can be a quick and easy way to tell a story or communicate a film’s themes, all without having to show a human performance.

Professional screenwriters are often torn on the use of voiceover in their work. Some see it as a bit of a crutch that leans way too far in the direction of “showing not telling,” while others feel that narration is perfectly acceptable in any work.

Of course, the obvious advantage of using narration in a short film that you’re writing, shooting, and editing all by yourself is that getting footage and recording sound for that footage will be much, much easier than it would be if you were on camera a lot.

Staying behind the camera means that you can get the focus just right or even change the focus if you want. It also opens up the possibility of camera movement, which can immediately make a scene more interesting when it’s done right.

Of course, one of the challenges this method presents is that your shots will either be of unrelated strangers in public places or simply of inanimate objects.

Yes, it’s possible to make these settings exciting, but it’s going to take some creativity and real work. See Koyaanisqatsi for a good example.

When it comes to time to actually edit the short, after you’ve collected all the footage you could ever need, the most important thing is to secure some kind of editing software, but hopefully you’ve already explored your options in this area.

If you haven’t, there are a number of free editing programs that will let you do some basic editing.

But regardless of what editing software you’re using, you should give yourself lots of time to try different things and experiment a bit.

You can try out different color correction options to give the footage a different tone, or you could spend hours looking for just the right piece of royalty-free music that fits your short.

No matter what you use, try to make different edits of the film so that you can compare them. You’ll thank yourself for this later.