Guide: This is How to Edit Videos to Make a Short Film 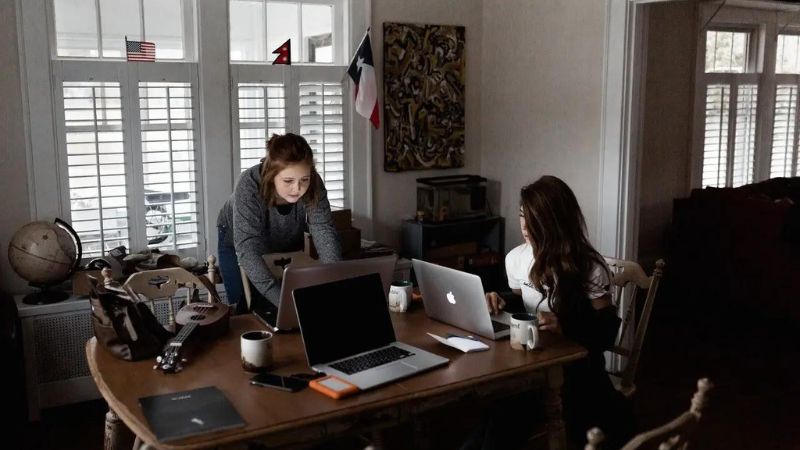 For young filmmakers and artists, short films can be a really great way to share their work as well as advertise their talents in the hopes of getting some high-paying jobs in their area of expertise.

Many of the famous directors, cinematographers, and performers we all know and love today got started out by creating short films that were then shared around at film festivals or online.

Short films are also just much, much easier to produce and release than a feature film. For one, they don’t cost nearly as much to make as a feature film.

But short films also don’t need to demand the same kind of consistent attention that features do. Trying to sit someone down and get them to watch a 15-minute short film is going to be a lot easier than trying to do the same for a piece that’s 90 minutes or more.

If you’re in the process of making a short film of your own, then you’re in the right place. More specifically, we’re going to be talking about editing your footage to finalize the film.

So for the moment, we’re going to assume you’ve already got the footage in hand, or, more literally, on your computer or external hard drive.

The process of shooting footage for a short film is another subject entirely, and one that we might cover in more depth in the future, but right now, we’re going to talk about how to edit videos to make a short film.

Unless you shot your short film on filmstock and have access to an old Moviola, then you’re going to need some video editing software.

Thankfully, editing software has become pretty ubiquitous today, whereas a decade ago there were really only a handful of options, and many of the options available were very expensive.

But now, no matter your budget, there’s an editing program out there that will work for you.

Let’s look at a few of the most popular options and talk about their pros and cons.

Avid Media Composer is one of a few industry-standard editing programs. This software is used by professional Hollywood editors quite a lot.

In other words, if you’d like this short film to lead to a real editing job, working with Avid early on can get your feet wet and prepare you for real editing work.

Unfortunately, like many Avid tools, Media Composer is extremely expensive. In fact, if you want to go buy Media Composer outright today, it will probably cost you in excess of $1,000.

That said, it’s very comprehensive software that will give you all the tools you need to make something special.

Adobe Premiere Pro is another industry-standard editing program, but it’s one that you can gain access to for relatively little cash.

Since Adobe switched to a subscription model for their software, all of their programs can be accessed by signing up and paying a monthly or yearly rate.

If you want access to Premiere and nothing else, expect to spend about $30 per month.

That said, Premiere Pro is an excellent piece of editing software, and, in our opinion, it’s far easier to use than Media Composer.

Obviously, this can be an appealing option for many young filmmakers, but these programs also won’t offer nearly as many features as Premiere or Media Composer.

Now that you have your software, you should start to consider the actual edits you’d like to make, and one of the decisions you should try to make at the outset is how long you’d like the finished piece to be.

There’s a lot of room for flexibility here since short films can be anywhere from a few seconds long to just under 80 minutes, whereas feature films need to be at least 80 minutes to fit into the category.

If you know roughly how long you’d like the short film to be, then it will be easier to decide what to cut out and what to leave in.

You can change your decision on length later on, but it’s a good idea to have a general goal.

One of the great things about editing is that you don’t need to get everything right on your first try.

In fact, it’s often a good idea to try to make multiple rough cuts that offer different pacing and tone. Then, you and the director can decide which of the cuts is closest to the original vision and which one serves the story the best.

Just make sure that you keep all the original footage files somewhere safe so that, with each rough cut, you don’t lose any pieces of footage that you might want to use later.

Find some music you have the rights to

Music is extremely important to filmmaking, but when you’re working on a small-budget short film, you probably won’t have the funds to use the kind of music you listen to every day.

Thankfully, there are tons and tons of online music libraries that offer royalty-free music for you to use however you want.

There are a handful of sites that will let you use their music completely free of charge, but in these cases, don’t expect the music itself to be of a very high quality.

Most of the online music libraries you’ll find offer their music in exchange for a subscription fee. Even for $10 a month, you can get access to thousands of songs.

If you want, you can even listen through some of each site’s music library before signing up for their services to get a much better idea of whether they have the kind of music that you want to use in your short film.

Once you have access to some music, try many different tracks under your rough cuts and notice how drastically they change the tone of the piece.