Here's How to Become a Public Relations Executive 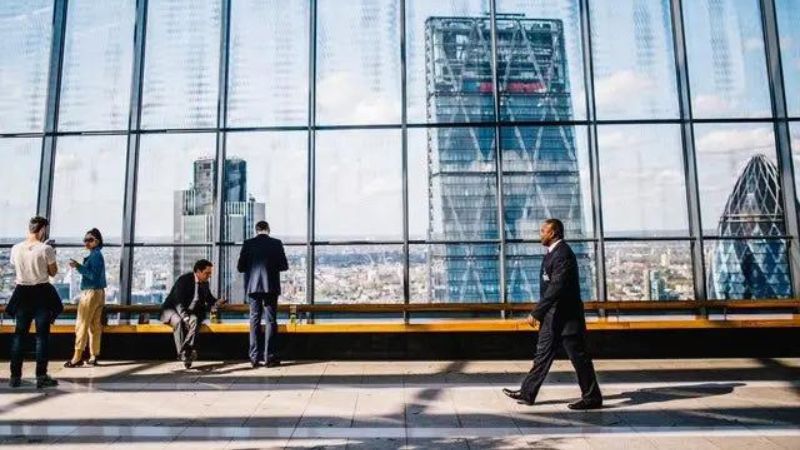 It’s the ultimate dream of many professionals in many industries to one day one the top-level company leaders in the c-suite, where executives make the big decisions that determine the future of the company.

Holding the title of a public relations executive definitely has its benefits, not the least of which is a much bigger paycheck and increased decisionmaking power.

But getting to that place is another conversation. This article will look at how to become a public relations executive.

First, we will discuss how you can work your way up within a larger PR company, and second, we will talk about becoming a PR executive by starting your own PR company.

Both routes have their own sets of obstacles, risks, and inconveniences, but if you’re absolutely determined to hold an executive title in the PR industry, then we hope you’ll pay close attention to the advice given here and that you look for additional ways to advance your career in the workplace.

First up, let’s talk about climbing the corporate ladder. This is a very traditional method of seeking career advancement.

You join a company at a young age and seek to stay with the company as long as possible, aiming for steady promotions that will better allow you to show your professional value to those already at the top level of the company.

One of the more obvious downsides to this method is the sheer amount of competition. Chances are most of the other employees in the company have the same goals as you, and there will be times when you need to go head-to-head with other employees for a promotion.

That said, ladder climbing can still be a viable way to become an executive, and for as much as we would like to say that promotions are 100% based on merit, there are often personal biases that come into play.

You may need to be ready to do a bit of well-mannered schmoozing with company superiors to advance your career.

This doesn’t mean that you should hang around the water cooler telling everyone how great you are, but you will need to prove your dedication, both to the company and to your work.

One of the best ways to do this is to be consistent. This means showing up to work when you’re scheduled, always, unless you’re physically unable to.

This also means being a reliable coworker. If a coworker asks you to help out with something, do what you can to contribute, and if you can’t help at that time, make it clear from the start rather than making promises and bailing out later.

If you’re unable to take responsibility, then you won’t be on anyone’s shortlist for a promotion or any special assignments.

Yes, you’ll need to complete your work in a timeline manner, but you will also need to be able to take responsibility for any mistakes you make as well.

Showing that you’re accountable for your actions is honest and ethical, but it’s also proof that you will try to do the same when you hold an executive title.

If you can’t admit your own mistakes, then you don’t deserve to sit in the big chair.

There isn’t just one way to show that you have leadership skills, but rest assured that the current executives in your company are on the lookout for leaders.

Ask yourself whether you already possess certain leadership skills. The traits we’ve discussed above certainly qualify, and these are a great place to start.

But can you command a sense of authority when dealing with a large group of people? Are you ready to accept suggestions from many different employees?

It’s equally important to understand your leadership weaknesses as well. Knowing what you need to work on will allow you to develop those skills over time.

Even if you’re in a rush to earn another promotion, give yourself time to evolve. You’ll be much happier in the long run and much better suited to a leadership role.

Making your own way

The other approach to earning an executive seat is to build a company yourself. As you might imagine, founding your own company is a guaranteed path to an executive position, but if you make this move before you’re truly ready, your brand new company might fold quicker than you can say, ‘Founder and CEO.’

Let’s very briefly discuss the benefits, and the drawbacks, of becoming a PR executive by starting your own PR company.

If you are promoted to an executive position within a large, pre-established company, many of the benefits will be immediate.

That company will have already established standards for that position, including pay, benefits, and executive perks.

Becoming a PR executive by starting a company will definitely earn you an executive title, but if that company isn’t very successful, then the title won’t be worth much.

Yes, if your new company finds great success, then you can certainly pay yourself an attractive salary, but it generally takes quite a bit of time to achieve that kind of success, and as an early executive, it will be up to you to contribute or find outside funding that will allow your company to operate.

We have previously covered the topic of starting your own PR company here on the site, and we recommend reading more about it before making plans to jump into the deep end.

Still, if you already have many years’ worth of experience in the PR industry and you’ve saved up sufficient funding to get a company started, it could very well be that becoming an entrepreneur is the right path for you to take.

Just don’t let all that executive power go to your head. Leading a company takes a lot, and you’ll need to be prepared to do what it takes to guide a company to even greater success.