How to Become a Female Twitch Streamer and Get More Fans 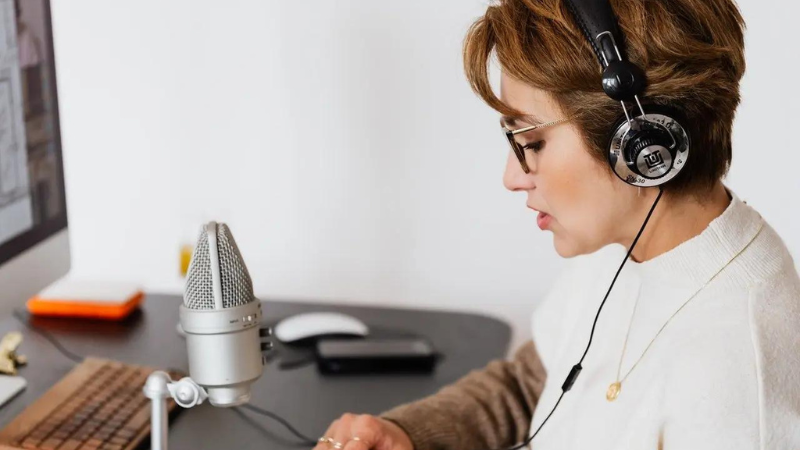 Swimming with the sharks

Twitch is the biggest live streaming platform on the market right now, and that's both a good and a bad thing.

On the good side of things, this means that starting your own Twitch channel could be a great way to reach lots of different people and maybe even build a brand that could become your main source of income at some point in the future.

Other streaming platforms just can't compete with Twitch right now, so when you start building an audience on the platform, the sky is the limit.

But on the bad side, Twitch is also an extremely crowded marketplace. Many of the biggest streamers on the platform right now got in well before Twitch blew up.

Anyone starting to stream right now is going to have to compete not only with the really big streamers but also with the thousands and thousands of smaller streamers who have similar dreams of finding success on Twitch.

On top of it all, if you're wondering how to become a female Twitch streamer specifically, there will be some extra challenges as well.

Twitch has traditionally been a male-dominated platform, and though there have been many female streamers who have found incredible success there, it can be a lot harder to reach the same stage.

But we have some tips and guidelines that will help you figure out exactly what you want to do on Twitch and how you can improve your branding so that you can gain even more followers over time.

Let's get this started by busting a few myths about being a female streamer on Twitch.

For one, certain men seem to believe that as long as you're a female streamer, you're guaranteed to get a bunch of followers out of some sense of general attraction or novelty. This isn't true.

Sure, the appearance of any given streamer can play a part in the audience they build, but the content itself is always more important. Plus, as we touched on above, live streaming, like many industries, tends to make it more difficult for women to rise to positions of power.

The number of top female streamers is growing now, in part, due to changing preferences on the platform. During the third quarter of last year, a relatively new genre of  live streaming videos known as “just chatting” — essentially live video diaries — eclipsed gaming-related content to become the most popular category on Twitch.

In the first quarter of 2021, “just chatting” videos accounted for 12% of all content watched on Twitch, according to tracker Streamlabs.

Next up is the myth that Twitch is really just a platform for gaming channels and nothing else. While this might have been true for a while, it definitely doesn't hold up anymore.

So many creators are doing new and interesting things on the platform, and there's room for even more types of content in the future.

Lastly is the idea that donations and subscription fees go directly to each creator. Unfortunately, Twitch takes a big slice of what you earn on the site.

Yes, receiving financial support from your fans will still give you money at the end of the day, but don't expect 100% of each donation to end up right in your bank account.

Knowing what you want

Ask yourself one very important question right now: Do you know what you want to do with your Twitch channel? Do you already have a detailed plan for your content and how you want to present yourself?

Even if you already have a few ideas, it's worth taking some time to go through those ideas some more and even add some new ones.

This is all about branding. Picture this scenario: a fan of your Twitch channel is trying to tell a friend about how great your channel is and why they should check it out.

That hypothetical fan should be able to describe you and your channel accurately in one or two sentences.

For example: "This person takes song requests from their fans and plays the song on a keyboard as fast as they can."

This is what good branding is all about. There's a hook inherent in the description, and that's what helps to bring in new fans.

Be honest with your fans

You need to be honest with your fans, whether you have 10 or 10,000. No, you'll probably never really get to know your fans on a personal level, especially if you have a lot of them, but there's still a sense of trust between creators and fans that needs to be maintained.

This is especially important when you're planning some kind of change that's going to have a major impact on the direction of your Twitch channel.

Making some big change without properly informing the fans you already have could be very disorienting for those fans and you could even risk losing a lot of them if they end up feeling like they were betrayed in some way.

But it can also apply to small things, too. Maybe you're planning to go on vacation in a couple of weeks, and this is going to get in the way of your usual streaming sessions.

If you just go on your vacation without letting your fans know that you'll be away for a while, there could be some backlash.

However, if you communicate clearly that you won't be streaming on certain days like you normally would, fans might be disappointed but they won't be outraged.

Is your message clear? Is it easy for your audience to understand?

If people know exactly what you’re streaming and why it’s important that they watch it, your channel will be successful. If you get too caught up in revenue and creates a sales-y and confusing message, people will shy away.

Nobody likes over-selling! Instead, focus on your people and their needs, and the rest will come. Your message is important, and keeping open and honest communication will help your credibility and trust with consumers.

Talk to other female streamers

Whether your Twitch streaming career is going well or not so well, you should never be too afraid to ask for help.

Whether big or small, other female creators will most likely be happy to commiserate with you and maybe share some tips that will boost your streaming career.

It can also just be nice to have some people to talk to who have been through similar experiences. This can let you destress and feel connected to a larger community rather than just feeling like you're out there all on your own.

You might even make some lasting friends or set up some collaborations with other streamers that could help you both to expand your audiences far beyond what they are right now.