How to Be a Famous Journalist in the Internet Age 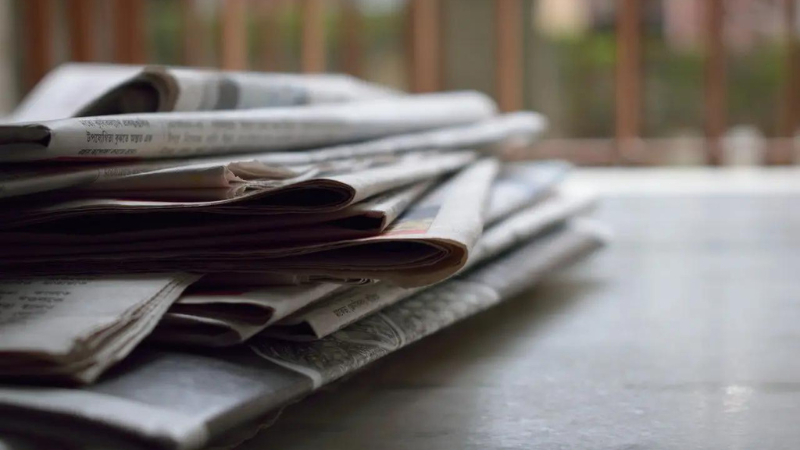 Journalism carries a long and proud tradition, and even here in the internet age, major news publications have found new and innovative ways to deliver cutting-edge news to the general public.

Though newspapers are certainly on the way out, what they represent and how they're written remains relevant to the modern world, perhaps now more than ever before.

Is it any surprise, then, that this industry continues to attract many young people who want to make a name for themselves in journalism?

We're going to look at ways you can be both a good journalist and a famous journalist all at once. But arriving at either of these destinations takes a lot of time and a lot of practice.

If you find yourself floating around the kiddie pool of online journalism for a few years, don't panic. Sinking under the surface won't do anyone any good.

If you keep up with the work and push yourself to improve your skills over the long-term, then your chances of success will be all the higher.

Not all journalists hold college degrees in the subject, but the benefits of earning such a degree for yourself can't be overstated.

Yes, you'll learn about the history of the discipline and where journalism stands today, but you will also earn some other perks as well.

For example, journalism remains one of those professional industries where having a lot of different contacts who fan out soon after graduation can be a huge benefit. You probably won't ever get a reporting job simply because you happen to know the guy or gal at the top of the ladder at some big publication, but it doesn't hurt to know that person at the top, either.

Apart from all the long-term knowledge and bonuses of getting your journalism degree, your studies will also afford you the opportunity to practice your craft often, finding out what you like to write about and which areas of journalism you'd feel comfortable in further down the road.

Finding your own news beat

That journey of learning more about your specialty is a very important one. In theory, you could try to start a career without a clear specialty, simply taking on whatever tasks need handling at the moment at whichever publication you're working for at the moment.

But while this might earn you the reputation of being a top-grade workplace team player, it will not help you advance your career or gain any real fame as a journalist.

Think for a moment about some of the well-known journalists you admire. Chances are pretty good that each of them knew fairly on in their careers what they were capable of writing about, even if the specific subject matter changed from day-to-day.

Do you feel you'd be good at tackling investigative journalism? Would you prefer to cover breaking news? Would you be capable of working as a war correspondent?

On the other side of the journalism spectrum, would you like to focus instead on media criticism? Food writing, music reviews, and movie criticism are all completely valid forms of journalism, but to earn one of those positions for yourself, you'll need to take a very different route than, for example, an investigative journalist would.

Signing on with a publication

There are many professional journalists who take jobs with smaller, local publications and spend most of their careers at those publications.

For someone with less lofty career goals, there's nothing wrong with this approach, and any journalism, no matter how big, is helpful to the community.

But if becoming a famous journalist remains one of your primary goals, then choosing which publications to work for is crucial.

You won't be able to start working for the New York Times right out of the gate. You just won't, at least not as a full-blown journalist.

However, if you know from the start that you'd like to work for a major publication like the Times or the Washington Post, you can conduct your career accordingly.

Look into current journalists who work for these publications. You should be able to find online bios for many of them, and these will detail the career paths of each journalist. You could try to follow a similar path or make adjustments for the contemporary journalistic landscape.

If you know where you want to end up, then getting there is going to be a lot easier.

One of the most common qualities of world-famous journalists is their "nose for news." All this really means is that they know how to seek out a great story and follow it through to its conclusion.

Is this easy to pull off? No. Can this be taught? Not really. But it's definitely something to be aware of.

No matter what you write about as a journalist, ask yourself what subjects could make for exceptional work.

Unless your work is worthy of attention, fame as a journalist is unlikely to follow.

If you're a critic, try to seek out important work that has not yet been discovered by the general public.

If you cover breaking news, keep open lines of communication with your team and with others who can inform you of up-to-the-minute happenings.

If you're dedicated to investigative journalism, be brave and explore the darker side of the town where you live. There are always stories and injustices that need to be uncovered.

You'll almost always have an editor peering over your shoulder, but in the end, you need to be your own harshest critic, pushing yourself to make something that's absolutely worthy of attention.