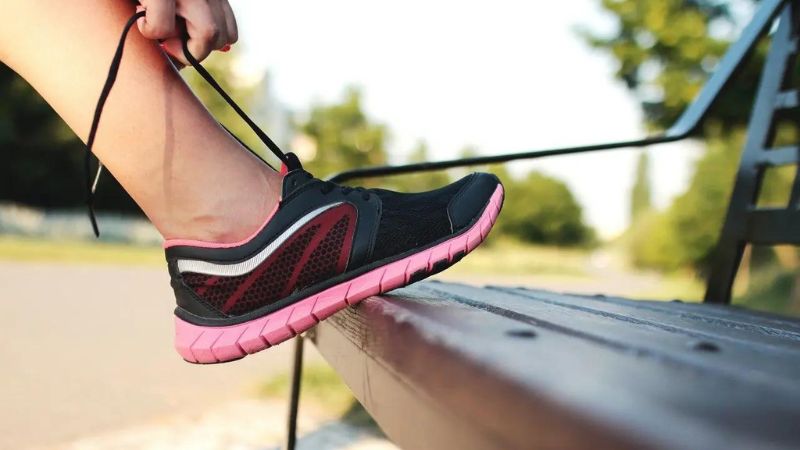 Running and music go really well together, as any runners out there will have already noticed. Music has been shown to increase motivation with regards to just about any activity, not necessarily because of any inherent value of one music genre over another, but because you get an endorphin boost when you listen to music you enjoy.

In other words, it's a perfectly healthy and natural way to keep yourself dedicated to each run. There have even been artists who tried to create music that would specifically be well-suited to running and exercise in general.

But for years now, trying to narrow down the best ways to listen to music while running has been more than a little difficult.

For one thing, running itself is very active and it means that every part of you is going to be bouncing around, which, until the last few years, has represented a serious problem for music-playing devices and headphones alike.

On top of that, different runners find themselves in very different conditions, from less-than-friendly weather to airborne dust, and that's not even mentioning how sweat can ruin certain headphones over time.

But tech has helped us to overcome these challenges and many others, so let's take a few minutes to look at the devices, apps, and headphones that make listening to music while running easier than it's ever been.

First up, let's talk about what you can use to actually play the music. Way back when, this might have been a Walkman or an early MP3 player, but times have changed, and runners now have plenty of options for where their music comes from.

We're going to guess that the vast majority of our readers are going to be using their smartphones to play music while running and exercising. Many Americans have smartphones at this point and that number will only grow as these devices become even more ubiquitous.

If you don't feel comfortable taking your smartphone out on long runs each and every day, then we have a cheap alternative for you that we'll get to soon enough.

But for anyone who doesn't mind having their phone in hand during a run or strapped to their arm, this really is the best option.

But which app(s) should you use to get the music you want when you need it?

Well, if you tend to run in an area with plenty of cell service and you don't mind using up data, just about any music streaming app will work well for you.

Spotify, Apple Music, Pandora, and many more apps allow users to listen to just about anything. But we give extra points to Apple Music and Spotify for allowing users to pick and choose artists and songs to include in playlists, as well as allowing users to access thousands of playlists from other users, which can be a great option when you want to find some new tunes.

If you want to listen to live radio or talk shows while you run, you can easily do just that with an app or by finding a station's website through an internet browser.

We know quite a few runners who can't take expensive devices with them when they're out on their route. Some live in challenging climates while others have a habit of dropping their phone during an especially difficult stretch.

If you belong to this category, then our suggestion is to use one of the cheapest options available today: a portable radio or a small MP3 player.

Yes yes, it may seem like a very outdated option, but you won't need to spend much at all to get a tiny, lightweight device that will last a long time.

Sure, you could just blast music from your phone or through a radio while you're running, but the sound quality isn't going to be very good and everyone around you is going to give you the side-eye as you pass by.

Most runners prefer using headphones or earbuds to listen to music while running. They keep your music private, as well as any notification sounds or messages from other apps.

When it comes to wired headphones and earbuds, the price point is just about always going to be lower than that of their wireless counterparts.

A perfect example is this inexpensive set that has garnered attention from running outlets and users alike.

Coming from a trusted brand, these wired earbuds offer great sound quality and none of the fluff you'll find with other earbud sets that cost twice as much.

But even if you're looking beyond this specific set, make sure that you'll have the choice between multiple earbud cushions so that you can find the pair that will fit your ears the best.

You'll also need to make sure that the music-playing device you choose still has a 3.5mm headphone jack.

Wireless and Bluetooth headphone options can very quickly get expensive, but if you keep an eye on sets that are specifically designed for runners and athletes, you're going to be glad that you made the investment, especially when you compare them to the more standard Bluetooth options not designed for activity.

The problem is, the AirPods are not especially well-suited to exercise, especially in their shape.

As an alternative, the Jabra Elite 75t earbuds have been specifically designed for use during exercise and activity. The shape helps the earbuds stay in your ears, even when sweating, and their waterproof design makes them a great choice for running in the rain.

The Jabra earbuds and many others designed for runners also offer a HearThrough function, which lets you alter how much ambient sound comes through the earbuds-- an important safety feature for many runners.